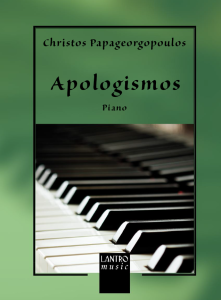 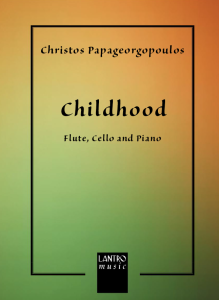 Christos Papageorgopoulos is a Greek composer, songwriter and singer, born in Thessaloniki in 1993. Christos grew up in Athens and started studying guitar and piano from the age of eight. He was twelve years old when he began writing music and songs.

Furthermore, he won the second prize in the European Competition of Art for Human Rights in 2009, participating with his piece for solo piano titled: “Where is a human, there is a right”.

In 2011, Christos released in cooperation with Universal Music his first personal album with his songs. One year later, in 2012, he was proposed for the best new Greek artist’s award in Mad Video Music Awards. In the years of 2013 and 2014, he released plenty of songs in cooperation with Cobalt Music.

Apologismos and Childhood are two new compositions published by LANTRO MUSIC and are now available.